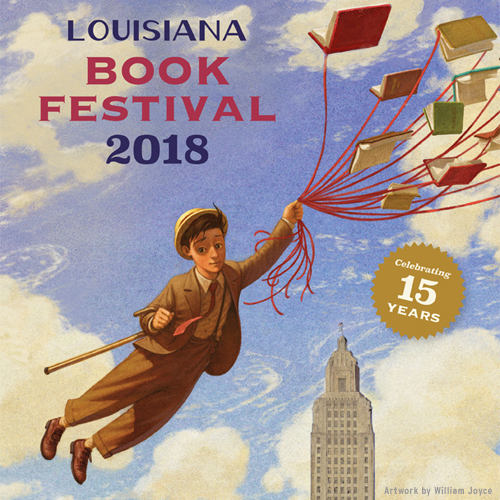 All WordShops will be held Friday, Nov. 9. Registration and payment should be made as soon as possible, as class size is limited and will be filled on a first-come, first-served basis.

Remixing Your Roots: Writing About Home with Accuracy, Originality, and Plenty of Imagination with Joshua Wheeler - $50

Everyone has a story to tell about home, whether it is a memoir, a tall tale, or an in-depth history. But home, because it is by definition so familiar to us, can be difficult to render with the sense of wonder and discovery required by great storytelling. What tricks of prose, editing, and point of view can we use to help us not just write about home in a fresh way, but also think about home in a fresh way? We’ll read through several great examples of writers remixing their roots, in both fiction and nonfiction, and then we’ll work through an activity that will help you reimagine your favorite or most interesting story about home. Just come to the workshop with your story in mind, and your preferred method of composition.

Joshua Wheeler is from Alamogordo, New Mexico. He was born in Littlefield, Texas. He teaches creative writing at Louisiana State University. Wheeler studied religion at the University of Southern California, poetry at New Mexico State University, and has an MFA in nonfiction writing from the University of Iowa. He’s published fiction and nonfiction in many journals and magazines including The Iowa Review, Gulf Coast, and The Missouri Review and online at Harper’s and BuzzFeed News. He’s a co-editor of the anthology We Might as Well Call It the Lyric Essay and the author of Acid West, a collection of essays about his home in Southern New Mexico. Acid West has been praised as “phenomenal” (Santa Fe New Mexican), “mesmerizing” (Publishers Weekly), and “surreal, savage, and psychedelic” (Shelf Awareness). Claire Vaye Watkins, author of Gold Fame Citrus, called Acid West “a freaky, stylish, heart-cracking-open book about the beautiful and bonkers badlands of the Southwest.”

The Art of Self-Publishing: Minimizing the Mad Middle Men and Reclaiming Your Writing with Suzanne Hudson and Joe Formichella - $50

The morphing of the publishing/recording industry has trended steadily in recent years in favor of individual control over creative/intellectual property. Yet many of us seem to be stuck in the 20th Century, chasing down an agent, hoping said agent can chase down a publisher, hoping said publisher will offer a deal that is not insulting, hoping to be well-treated by all parties . . . hoping. In the meantime, too often communications break down, an adversarial atmosphere permeates the process, profits are doled out via mysteriously itemized statements that tend to end up in negative numbers, leaving authors more and more in debt to these “middle men,” a paradigm that began shifting with the turn of the 21st Century. No longer a source of shame, when done smartly, and correctly, self-publication, print on demand, and even audiobooks are within our control, with minimal dependence upon others. This class delves into what is smart and what is not, when it comes to all aspects of book production, art and design, marketing, management, and sales.

Suzanne Hudson’s first short story collection, Opposable Thumbs, was a finalist for a John Gardner Fiction Book Award in 2001. She has since had short stories in Stories from the Blue Moon Café, volumes I, II, and IV, The Alumni Grill, Climbing Mt. Cheaha, A Kudzu Christmas, State of Laughter, Men Undressed: Women Writers on the Male Sexual Experience, Delta Blues, and The Shoe Burnin’ Stories of Southern Soul. A second short fiction collection, All the Way to Memphis, came out in 2014. Her first novel, In a Temple of Trees, and her second novel, In the Dark of the Moon, were recently re-released. She has won state, national, and international literary prizes. Hudson lives near Fairhope, Alabama, on Waterhole Branch with her husband, author Joe Formichella.

Joe Formichella, author of Scarpete Stories and 2016’s Schopenhauer’s Maxim: A Novel Conspiracy, is a multiple literary award winner, including a Hackney Literary Award (short fiction) and a 2008 Foreword magazine nonfiction book of the year (Murder Creek). He was a finalist for a national IPPY award for true crime (Murder Creek), a finalist for a New Letters Literary Prize, and a Pushcart Prize nominee whose short fiction has appeared in several reviews and anthologies. His other recent work includes 2014’s Waffle House Rules, a novel, and 2015’s nonfictional A Condition of Freedom. A new novel, Caduceus, is due out this year. He lives near Fairhope, Alabama, with his wife, author Suzanne Hudson.

Your Partner, The Reader: Exploring the Reader/Writer Collaboration with Jonathan Evison - $50

The reader is the best tool in any writer’s belt. A great book ought to be a dance between the writer and the reader, wherein the reader has to do everything the writer does--backwards and in heels! In this workshop we will discuss the relationship between the writer (you!) and the end user, the reader (also, a version of you, as it turns out!). We will discuss story as information, and identify ways to organize this information in manners that are revelatory and deeply satisfying to the reader. We will also explore methods and effects such as misdirect, designed to undermine reader expectation and surprise. The goal for this workshop is to identify ways to make the most of what is ultimately a collaborative effort.

Jonathan Evison is The New York Times bestselling author of All About Lulu, West of Here, The Revised Fundamentals of Caregiving, This is Your Life, Harriet Chance!, and most recently, Lawn Boy. He has written for The New York Times, The Washington Post, NPR, and Salon. He lives with his family on the Olympic Peninsula in Washington state.

Close and Bright: A Nonfiction Workshop with Tessa Fontaine - $50

The story you’re trying to tell can feel like a vast, dark expanse. Where will you shine your flashlight for your reader? How can you make that which you illuminate bright enough to support the story? When do you shut your light off? In this vigorously generative workshop, we will write lots of new material, focusing on the very particular details of what our flashlights illuminate and how shining close and bright is often more effective than wide and broad. This workshop is applicable to many kinds of nonfiction, including literary nonfiction, the personal essay, memoir, literary journalism, researched stories, and more. Though there are many approaches to different kinds of nonfiction, poet and memoirist Mark Doty reminds us that no matter what, in description, you are both saying what you see, and what you see. We’ll explore both.

Tessa Fontaine is the author of The Electric Woman: A Memoir in Death-Defying Acts, a New York Times editor's choice, a Barnes & Noble Discover Great New Writers pick, an Amazon Editors' Best Books of 2018 (so far) & Best of the Month featured debut, and more. Other writing can be found in Glamour, The Believer, LitHub, FSG's Works in Progress, and Creative Nonfiction. She has taught for The New York Times summer journeys, at the Universities of Alabama and Utah, in prisons and jails, and founded the Salt Lake City Writers in the Schools program.