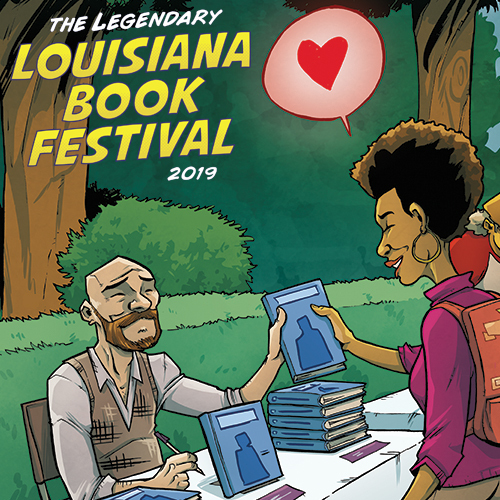 All WordShops will be held Friday, Nov. 1. Registration and payment should be made as soon as possible, as class size is limited and will be filled on a first-come, first-served basis.

Beyond Description: Mining Imagery for Meaning with Michael Knight - $50

In response to an early draft of mine, a grouchy old writer pal once sent me the following email reply: “Quit screwing around and get your hands dirty. Literature begins with the vivid image and ends with the vivid image; everything in between is just talk.” For all his cantankerousness, my friend was not incorrect in his bottom line. What he wanted was more texture in my story. He wanted me to bring the world to life. And the people, too, warts and all. He wanted, in other words, for me to show more and tell less, hardly an original idea. In fact, we repeat that old saw so often I worry that we lose sight of what it really means. The image is our most fundamental tool for creating mood and atmosphere, defining our characters, reflecting the depths of their interior lives, and, ultimately, generating meaning in our fiction. In this workshop, we will discuss various uses and possibilities for the image and get our hands dirty with exercises designed to head off cantankerous emails from grouchy old writer pals.

Michael Knight is the author of the novels At Briarwood School for Girls, The Typist, and Divining Rod; the short story collections Eveningland, Goodnight, Nobody, and Dogfight and Other Stories; and the book of novellas The Holiday Season. The Typist was selected as a Best Book of the Year by The Huffington Post and The Kansas City Star, among other places, and appeared on Oprah’s Summer Reading List in 2011. His short stories have appeared in magazines and journals such as The New Yorker, Oxford American, Paris Review, and The Southern Review and have been anthologized in Best American Mystery Stories, 2004 and New Stories from the South: The Year’s Best 1999, 2003, 2004, and 2009. Knight teaches creative writing at the University of Tennessee and lives in Knoxville with his family.

Sometimes the stories we need to tell about our own lives are buried inside of us, locked away in our subconscious. How do we face our fears and write about the subjects that we’re avoiding? There’s a common theme that emerges in some of the best personal essays: vulnerability. So how do we open ourselves up and shine a light on what we’re deliberately or unintentionally ignoring? In this workshop, we’ll use writing exercises as a way to access deeper truths. We’ll also focus on how to turn your own personal experiences into a compelling narrative.

Michele Filgate is a contributing editor at Literary Hub and the editor of an acclaimed anthology based on her Longreads essay, What My Mother and I Don’t Talk About, published by Simon & Schuster on April 30, 2019. Currently, she is an M.F.A. student at NYU, where she is the recipient of the Stein Fellowship. Her work has appeared in Longreads, The Washington Post, The Los Angeles Times, The Boston Globe, Refinery29, Slice, The Paris Review Daily, Tin House, Gulf Coast, The Rumpus, Salon, Interview Magazine, Buzzfeed, The Barnes & Noble Review, Poets & Writers, CNN.com, Fine Books & Collections Magazine, DAME Magazine, The Brooklyn Quarterly, Time Out New York, People, The Daily Beast, O, The Oprah Magazine, Men's Journal, Vulture, Vol. 1 Brooklyn, The Star Tribune, The Quarterly Conversation, The Brooklyn Rail, and other publications. She teaches or has taught creative nonfiction for The Sackett Street Writers' Workshop, Catapult, and Stanford Continuing Studies and is the founder of the Red Ink literary series. In 2016, Brooklyn Magazine named her one of "The 100 Most Influential People in Brooklyn Culture." She’s a former board member of the National Book Critics Circle.

Myth Making and Breaking: How to Use Old Stories to Write Something New with Steph Post - $50

“Every myth is psychologically symbolic. Its narratives and images are to be read, therefore, not literally, but as metaphors.” –Joseph Campbell

Star Wars. Lord of the Rings. Harry Potter. Some of the most popular sagas of our time are founded on archetypes, classical narrative arcs, elements of comparative mythology, and fairytale tropes. A story doesn’t have to be epic, however, to dive deep and make use of these motifs. In this fiction writing workshop we will explore how myths can guide narratives, archetypes can shape characters, and symbols can create theme and drive plot. Using a variety of non-traditional approaches, we will write several pieces of workable fiction built upon the foundations, and rubble, of the mythmaker tradition.

Steph Post is the author of the novels Miraculum, Walk in the Fire, Lightwood, and A Tree Born Crooked. She graduated from Davidson College as a recipient of the Patricia Cornwell Scholarship and winner of the Vereen Bell award, and she holds a Master’s degree in Graduate Liberal Studies from UNCW. Her work has most recently appeared in Garden & Gun, NonBinary Review, and the anthology Stephen King’s Contemporary Classics. She has been nominated for a Pushcart Prize and a Rhysling Award and was a semi-finalist for The Big Moose Prize. She lives in Florida.

Finding Your Narrative: At the Crossroads of Memory, Journalism and History with Steve Luxenberg - $50

Your story has holes in it. What story doesn’t? But you’re worried that the holes will defeat you. The people you interviewed can’t remember important details. Or you’re writing about a time long past, and no one is alive who can answer your many questions. The historical record is imperfect or incomplete. Some figures have left behind diaries and letters, while others have left behind scraps—or nothing at all. How can you extract a coherent narrative from the unruly mess that history and journalism often offer? This workshop will tackle the essential questions of nonfiction writing. Where does a story begin? Where does it end? How do you prevent the narrative from sprawling? How do writers neutralize those infuriating weaknesses inherent in every story—or better yet, turn them into strengths that, yes, might make the narrative better?

Steve Luxenberg is an award-winning author and Washington Post associate editor. During his newspaper editing career, Luxenberg has overseen reporting that has earned many national honors, including two Pulitzer Prizes. His new nonfiction book Separate: The Story of Plessy v. Ferguson, and America’s Journey from Slavery to Segregation was published in February to critical acclaim. James Goodman, in The New York Times Book Review, wrote: “Absorbing. . . . so many surprises, absurdities and ironies. . . . Segregation is not one story but many. Luxenberg has written his with energy, elegance and a heart aching for a world without it.” As a work in progress, Separate won the 2016 J. Anthony Lukas Award for excellence in nonfiction writing.