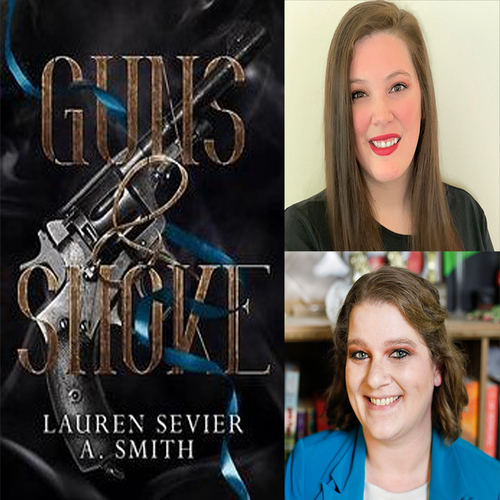 We are so excited to host local authors Lauren Sevier and Abbie Smith for their debut co-authored novel Guns & Smoke!

Lauren Sevier & A. Smith are long time friends and co-authors from southern Louisiana. Guns & Smoke, their first joint publication, began as a “short” story after having too much wine on girl’s night. Nine years later it is now the first novel in a Dystopian/Western Romance series. The duo has plans to publish several series together in the future. A. Smith spends her time with her two rescue dogs and rescue cat surrounding herself with books and Labyrinth paraphernalia. Lauren Sevier collects antique tea cups and tries to stay sane, though as the mother of a toddler she fails brilliantly most days. She also has a growing collection of crowns and tiaras and likes to act silly on TikTok. Look for more thrilling novels from The Fools Adventure series in the future!

If you would like to order a book to be signed, you can purchase a General Admission + Book ticket or visit the book page on our website!

The launch and book signing will take place at Le Chien Brewing Company at 6:30PM on July 10th! We hope to see you there!

More about the book:

In a world where safety is a luxury and honor is found only among outlaws, two people attempt to outrun dangers lurking around each corner and the tragedies that define them.

Bonnie is an outlaw on the run. Beautiful but dangerous; her dark past stalks her like the crater beasts that roam the desert. As the notoriously cruel outlaw Jones sends his henchmen to track her down and retrieve the gun she stole from him, Bonnie hopes she can stay one step ahead. Because if he catches her, a fate worse than death awaits.

Jesse always dreamed of leaving the farm to explore the ruins of the big cities he'd heard about his whole life. He just never imagined he'd be forced to flee after strange men burned down his rural mountain town and murdered everyone he loved. Responsible for his kid brother and searching for an uncle he's never met before, he isn't sure he can navigate the perils of life among con artists and thieves long enough to find him.

Their two paths collide as they find themselves thrown together on the adventure of a lifetime.

Together, they may just discover that life is about more than just surviving. 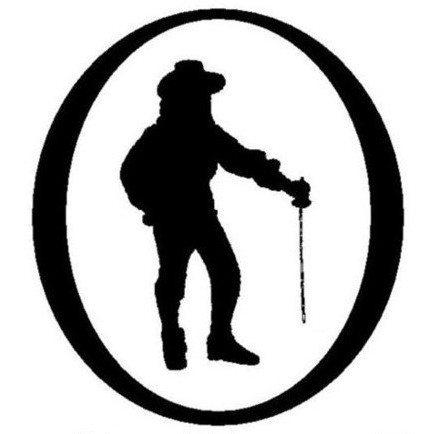