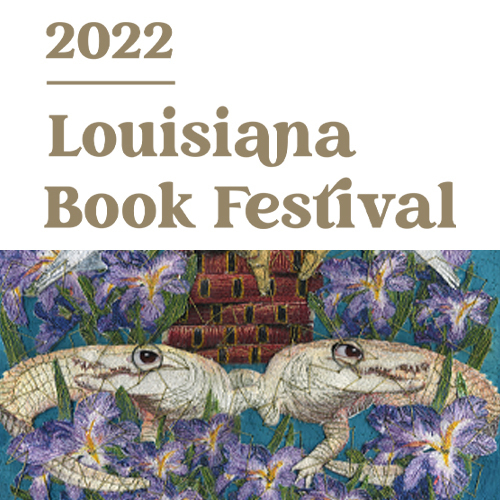 All WordShops will be held Friday, Oct. 28. Registration and payment should be made as soon as possible, as class size is limited and will be filled on a first-come, first-served basis.

Writing Through Your Fears, Regardless with Gerard Collins - $50

All writing involves fear: from the frightening blank page to critical reception, and, most important, the motivations and outcomes for our characters, who must overcome their fears in order to act with courage.

As Neil Gaiman says, “There are so many fragile things, after all. People break so easily, and so do dreams and hearts.” At the essence of humanity lies fear. Good writing depicts the most ordinary of people in their perilous moments—and they’re all perilous moments, for even the brightest of days can change so quickly. Our fears bring uncertainty, often suspense, and provide the basis of dreams, promises, disappointments, and nightmares, sometimes even victories—the stuff of great writing. Writers know what there is to fear (everything), where it’s lurking (everywhere), and how to deal with it.

In this workshop, where we will discuss great works of fear—from The Grapes of Wrath to The Handmaid’s Tale, from Dracula to The Vampire Lestat, from Pride and Prejudice to Normal People—we’ll explore the usefulness of anxiety and how to make those fears an integral part of our writing, regardless.

Gerard Collins is a Newfoundland writer, now living in New Brunswick, Canada whose first novel, Finton Moon, was nominated for the International Dublin Literary Award, Sunburst Award for Excellence in Canadian Literature of the Fantastic, the Newfoundland and Labrador Heritage and History Award, and has won the Percy Janes First Novel Award. In 2019, he turned the Finton Moon experience into a multi-media art exhibition, “The Book that Wrote Itself”. His short story collection, Moonlight Sketches, won the Newfoundland and Labrador Book Award. In 2021 his second novel, The Hush Sisters, published by Breakwater Books Ltd., won an international Next Generation Indie Book Award in the suspense category and was a finalist in the paranormal category. A lecturer at Memorial University for two decades and an occasional lecturer at University of New Brunswick, Gerard has a Ph.D. in American (Gothic) literature. He is an experienced leader of writing retreats and workshops in Canada, the United States, and Europe. Most recently, Gerard was invited to teach a Masterclass in creative writing by the Northrup Frye Festival. He lives in southern New Brunswick with his partner Jane and their protective black dog Finn, and he is currently working on everything.

After the Draft: Revising, Editing, and Publishing Your Work with Emily Nemens - $50

In an interview James Salter confessed “I hate the first inexact, inadequate expression of things. The whole joy of writing comes from the opportunity to go over it and make it good, one way or another.” If that sentiment resonates—or maybe even if it doesn’t ring true—we all know there is a lot of work to be done on your writing after you’ve written it.

If you’ve written a story, crafted an essay, or have a set of poems, and are facing the big question of “Now what?” this WordShop is for you.

Using real-world examples and in-session exercises, we’ll break down the process, beginning after you’ve put your thoughts to paper: talking through—and practicing—strategies for generative revision; outlining the kinds of editing you can do on your own to make your writing stronger (and what you might expect from working with an editor); and how to evaluate your own goals for the project, to most successfully submit to periodicals and publishing houses.

Emily Nemens is a New York-based writer, illustrator, and editor. Her debut novel, The Cactus League, was published by Farrar, Straus & Giroux in February 2020 and released in paperback by Picador in 2021. The Cactus League was a New York Times Book Review Editors' Choice, was named one of the best books of 2020 by NPR and Lit Hub, and was a Los Angeles Times bestseller. Emily has served as the editor of The Paris Review and coeditor of The Southern Review. During her tenure at the former, TPR saw record-high circulation, published two anthologies, produced the second season of its acclaimed podcast, and won the 2020 American Society of Magazine Editors’ Award for Fiction. Stories she published at these quarterlies were selected for the Pushcart Prize anthology, Best American Short Stories, the O. Henry Prize anthology, and PEN America Best Debut Fiction. Nemens grew up in Seattle and received her bachelor’s degree from Brown University, where she studied art history and studio art. She completed an MFA degree in fiction at Louisiana State University.

In the Jumpstart Your Engines Poetry Workshop, Jericho Brown helps students generate new work through a set of unconventional exercises that keep our ears open and our fingers moving.

The workshop will engender new ideas about writing, and as there is a profound relationship between reading poetry and writing it, participants will read, discuss, and even recite the work of several poets whose examples might lead to a further honing of their craft.

Jericho Brown is the recipient of a Whiting Award in Poetry and fellowships from the John Simon Guggenheim Foundation, the Radcliffe Institute for Advanced Study at Harvard University, and the National Endowment for the Arts. Brown’s first book, Please (2008), won the American Book Award. His second book, The New Testament (2014), won the Anisfield-Wolf Book Award and was named one of the best of the year by Library Journal, Coldfront, and the Academy of American Poets. He is also the author of the collection The Tradition (2019), which was a finalist for the 2019 National Book Award and the winner of the 2020 Pulitzer Prize for Poetry. His poems have appeared in Buzzfeed, The Nation, The New York Times, The New Yorker, The New Republic, Time, The Pushcart Prize Anthology, and several volumes of The Best American Poetry anthologies. He is the Charles Howard Candler Professor of Creative Writing and the Director of the Creative Writing Program at Emory University in Atlanta.

After Craft: The Process of Writing Fiction with Robert Olen Butler - $50

This workshop will focus on the fundamentals of the creative process for fiction writers who aspire to create enduring literature.

It will address such issues as what is art; what is distinctive about the way the artist addresses the world, the inner self, and the objects to be created; and what are the essential characteristics of fiction as an art form. It will also deal with more practical matters, such as how to pre-plan a novel without sacrificing its spontaneity and how to edit and revise without losing touch with the creative unconscious. There will be ample opportunity for a free-flow of questions from attendees in order to address specific needs and interests.

Depending on available time and the group’s preferences, there may be a chance to do an in-class coached writing exercise.

Robert Olen Butler has published eighteen novels and six volumes of short stories, one of which, A Good Scent from a Strange Mountain, won the 1993 Pulitzer Prize for Fiction. He was the seventeenth recipient of the F. Scott Fitzgerald Award for Outstanding Achievement in American Literature. He also won The Richard and Hinda Rosenthal Foundation Award from the American Academy of Arts and Letters and was a finalist for the PEN/Faulkner Award. He is a Guggenheim Fellow. He has twice received a National Magazine Award in Fiction and has been chosen for inclusion in four annual editions of The Best American Short Stories and eight annual editions of New Stories from the South. His works have been translated into twenty-one languages, including Vietnamese, Chinese, Thai, Korean, Polish, Japanese, Serbian, Farsi, Czech, Estonian, and Greek. Butler’s book on the creative process, From Where You Dream is widely used in creative writing classes. He is a Krafft Distinguished Professor holding the Michael Shaara Chair in Creative Writing at Florida State University.