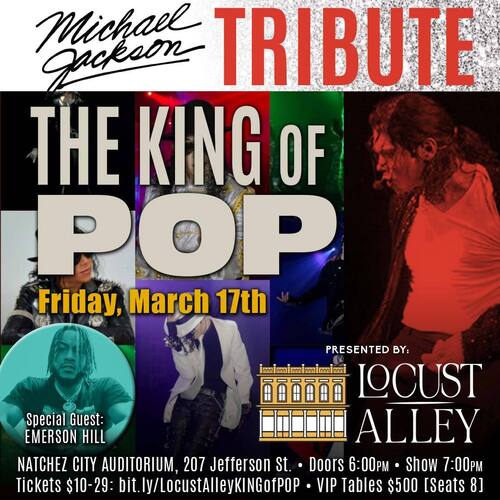 Michael Jackson Fans: You Are Not Alone!

Locust Alley is proud to present Bobby Miller, as he brings his Ultimate Michael Jackson Tribute, “THE KING OF POP” to the Little Easy! If ya wantin’ be startin’ somethin’ then join us at Natchez Auditorium on Friday, March 17th at 7:00pm this great show, featuring special guest opener EMERSON HILL! Full band and dancers!

Tickets are $10 - 29 each, with VIP Tables for $500, (seats 8 right by the stage, that's $62.50 Per Seat! And includes appetizer tray courtesy of The Kitchen Bistro & Piano Bar, and beverage service + easy access to restrooms). Act fast on those tables as they are limited!

He has evolved from youth performing in talent shows and family tips to gracing the main stage worldwide. He has headlined many events, as well as opened for several national acts.

Bobby embodies and exudes the spirit of each artist on and off stage. According to him, “when the glove goes on … it’s time to perform”. He feels as though he is the “real” Michael Jackson. Now that the King of Pop is no longer with us, Bobby and The Ultimate King of Pop Live Experience continue to honor Michael Jackson by giving fans an opportunity to experience the King of Pop Legacy through Bobby’s performances. Bobby promises to always keep MJ’s legacy alive!

The “Ultimate King of Pop Live Experience” is the ultimate celebration of the most widely beloved entertainer and profoundly influential artist of all-time. The electrifying performance of Michael Jackson’s top charting, award-winning catalog has thrilled crowds for decades and can be best described as magical, high energy and a “must see” performance. No other performer in history has had such an enormous influence in defining pop music for this generation and generations to come!

It is with great honor and utmost reverence that The King of Pop Live tribute band was formed. For anyone who wasn't fortunate enough to have witnessed Michael Jackson's live shows, the experience was undeniably one of the best live performances on the planet. It was with this idea in mind that The King of Pop Live Experience chose to re-create some of Michael`'s most memorable concert moments. The production team consist of Bobby Miller, as the ultimate Michael Jackson tribute artist, backed by some of the most talented dancers and musicians that have toured the US and abroad. Collectively, the team consists of over a 100 years of music and dance experience.

Since early childhood, Bobby has studied and emulated Michael’s persona, voice and dance movements. His hard work has transcended him into one of America’s top Michael Jackson tribute artist. Bobby along with his world class dancers and band form a fully-produced ensemble which re-creates the Michael Magic with every electrifying performance. Bobby embodies and exudes the spirit of the King of Pop on and off stage!

Bobby has evolved from performing for family for tips in a bucket to gracing the main stage! He has headlined many events, as well as opened for many major entertainment acts. Many events have gained attention from the press. 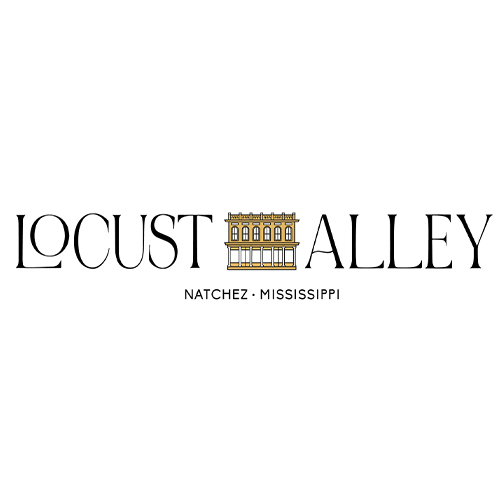