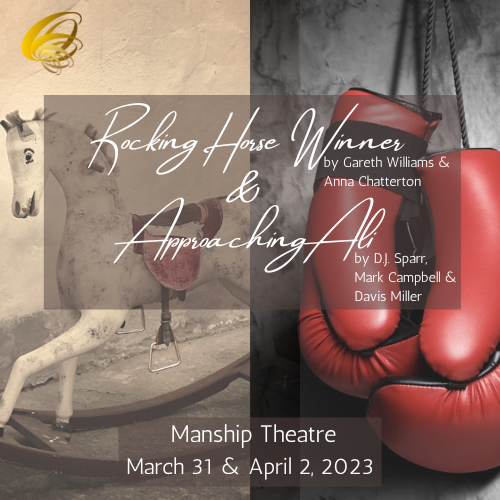 A modern adaptation of D.H. Lawrence’s short story, Rocking Horse Winner explores the relationship between Paul, a young man with developmental challenges, and his emotionally distant mother. Paul becomes dangerously obsessed with solving the “bad luck” of his family in order to win his mother’s love. His pursuit awakens a strange magic that connects him to luck, but also to powerful voices only he can hear. In our new age of entitlement Rocking Horse Winner is an intimate, psychological look at love, “luck”, and greed.

The story is about a boy in North Carolina in the early 1960s who is galvanized to overcome some traumatic childhood events when he sees Muhammad Ali on television. More than twenty years later, as a writer on the brink of middle age, he now seeks to rekindle that spirit by visiting his boyhood hero in person at his mother's home in Louisville, Kentucky.